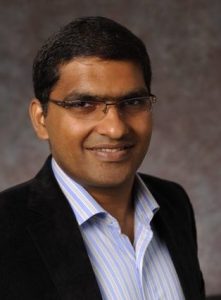 **Refreshments will be served.**

We are living in the age of big data, in which devices ranging from smartphones and thermostats to wearable fitness trackers and intelligent personal assistants have the ability to generate millions of data points on a daily basis. Theoretically, access to such large volumes of data should lead to remarkable progress in exploratory and predictive data analytics. Imagine being able to predict the onset of diseases such as Alzheimer’s and Parkinson’s, pinpoint the risk factors for dropping out of high school or joining of inner-city gangs, and understand the variables that affect the educational outcomes of different school districts. Practically, however, exploratory and predictive data analytics can be computationally prohibitive for ultrahigh-dimensional datasets. Correlation-based screening, in which one leverages marginal correlations for removal of irrelevant variables prior to data analytics, can be used to overcome this challenge. Prior works on correlation-based variable screening either impose strong statistical priors on the model or assume specific post-screening analytics techniques. In this talk, we extend the analysis of correlation-based variable screening to arbitrary linear models and post-screening inference techniques. In particular, (i) we show that a condition—termed the screening condition—is sufficient for successful correlation-based screening of linear models, and (ii) we provide insights into the dependence of marginal correlation-based screening on different problem parameters.

Dr. Bajwa has received a number of awards in his career including the Best in Academics Gold Medal and President’s Gold Medal in Electrical Engineering from the National University of Sciences and Technology (2001), the Morgridge Distinguished Graduate Fellowship from the University of Wisconsin-Madison (2003), the Army Research Office Young Investigator Award (2014), the National Science Foundation CAREER Award (2015), Rutgers University’s Presidential Merit Award (2016), Rutgers Engineering Governing Council ECE Professor of the Year Award (2016, 2017), and Rutgers University’s Presidential Fellowship for Teaching Excellence (2017). He is a co-investigator on the work that received the Cancer Institute of New Jersey’s Gallo Award for Scientific Excellence in 2017, a co-author on the paper that received the Best Student Paper Award at the IEEE IVMSP 2016 Workshop, and a Member of the Class of 2015 National Academy of Engineering Frontiers of Engineering Education Symposium. He co-guest edited a special issue of Elsevier Physical Communication Journal on “Compressive Sensing in Communications” (2012), co-chaired CPSWeek 2013 Workshop on Signal Processing Advances in Sensor Networks and IEEE GlobalSIP 2013 Symposium on New Sensing and Statistical Inference Methods, and served as the Publicity and Publications Chair of IEEE CAMSAP 2015. He is General Chair of the 2017 DIMACS Workshop on Distributed Optimization, Information Processing, and Learning, Technical Co-Chair of the IEEE SPAWC 2018 Workshop, an Associate Editor of the IEEE Signal Processing Letters, a Senior Member of the IEEE, and serves on the MLSP, SAM, and SPCOM Technical Committees of the IEEE Signal Processing Society.